A picture is worth a thousand self-lashings of agony and pain, right? 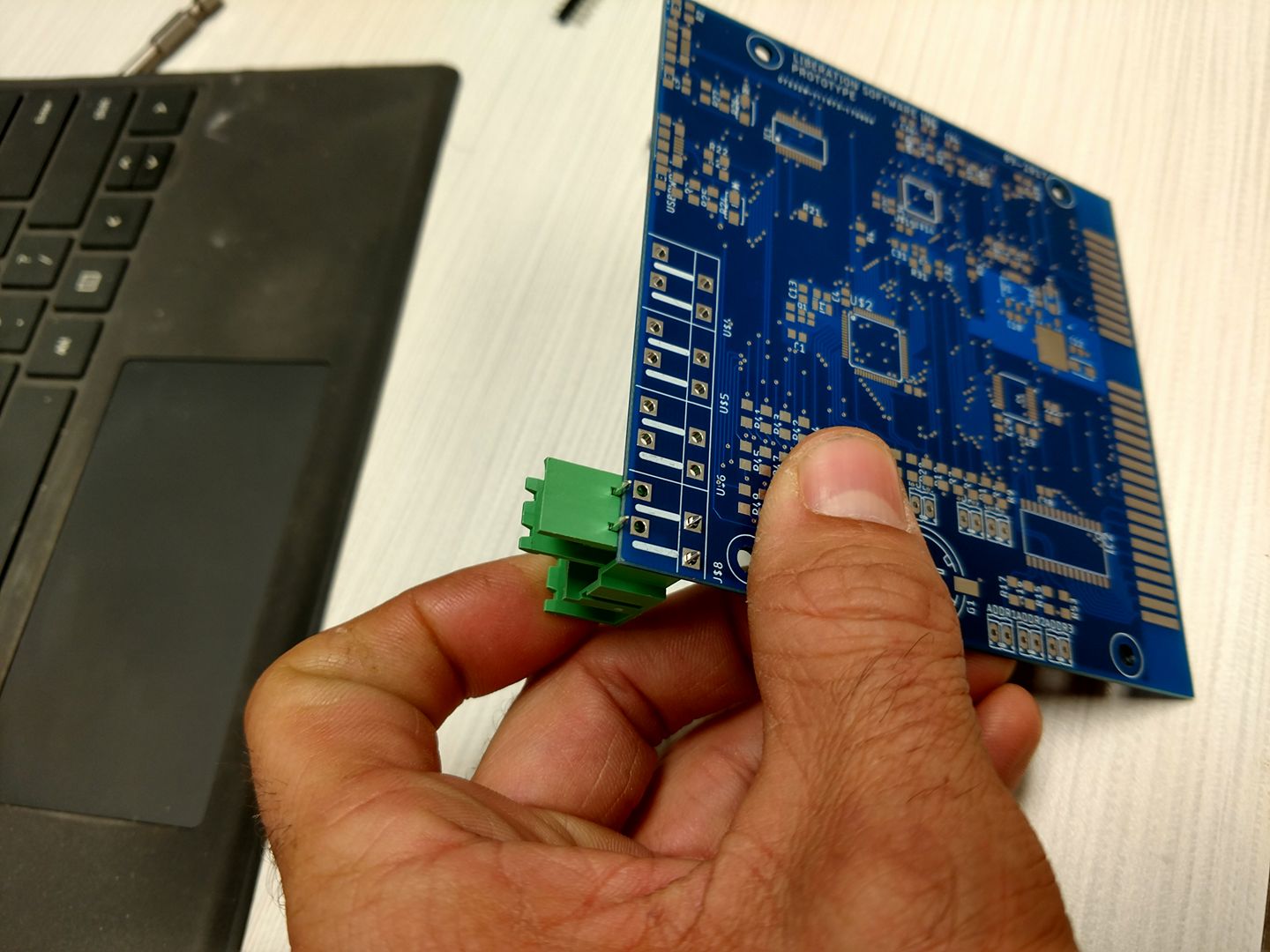 Yea next time print out the PCB designs on paper, and test that the components line up with the holes.

Didn’t have the headers at the time, ordered parts after I sent the board off for mfg.

Yeah that’ll be the test method. These are just prototypes anyway. I did worse hack jobs on my last board, scraping traces to install a pullup resistor I didn’t place pads for… Totally forgot one on the SD card.

Actually I’ll probably skip it and just hard solder the sensors in. Those are all analog to a G30. Was going to use them for thermostats.

The headers are pricey and I’d rather not waste the components on a screwed up prototype, lol.

but seriously, how expensive was it? Ignore lost time, because you don’t have a real customer deadline, what did it cost you - an hour to write this post and revise the PCB, and a respin of $x. Depending on who you use for PCBs, that could also be not that long before the new rev will sit on your desk so you can find the next messed-up bit

Yeah it could be worse. I’m just wishing I hadn’t ordered 10 of the dang things. Most are now destined to become 4x4" 4-layer coasters.

they add credibility - when customers see you have PCBs as coasters, they’ll be like whoa, he’s serious about this 'lectronics stuff

So not only did I get the Y axis spacing wrong (7.62 instead of 10.16), I also got the staggered rows backwards, AND I didn’t space them correctly on the board. 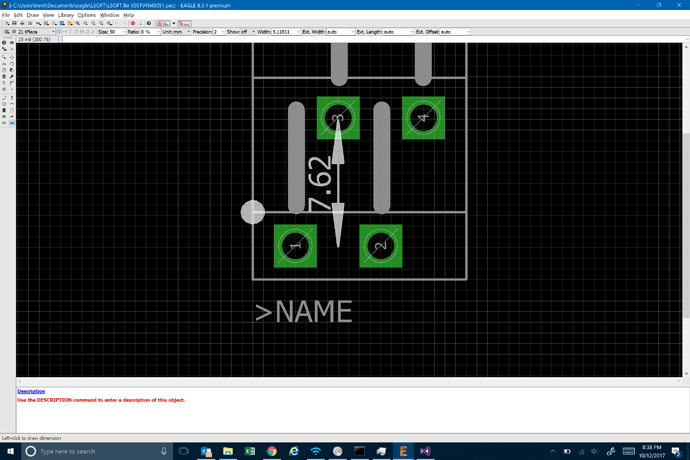 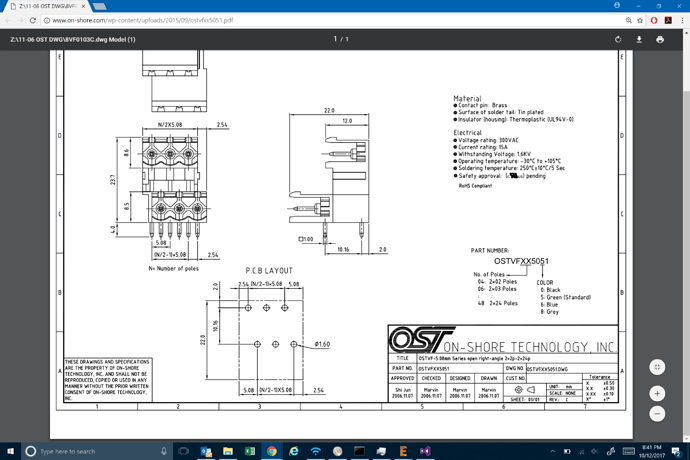 Spacing should be .2 between; moved one down to illustrate 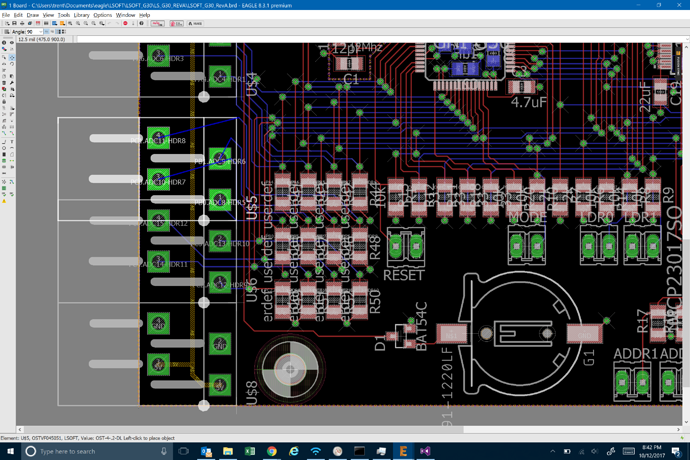 At least I didn’t order 10 more of the ones I designed for the G80, it has the same mistake, since it pulls off the same library entry I created.

On the bright side this will let me reclaim some space on the front (left edge) of the board which will let me move some back-side components on to the front. I might be able to clear up room so I don’t have to use an under-board micro SD

(I didn’t order a stencil for the reverse side components; figured on hand soldering it all)

aw man, did you have to show the data sheet? Where did 7.62 come from? Now you just look like a goose

LOL My grandpa taught me I gotta own my mistakes man. Self-punishment is not fulfilled until you publicly humiliate yourself to drive in the lesson.

I must have been thinking of rifle rounds that day.

So yeah it was a relatively expensive mistake.

Or I can look at it as a lesson learned. I’ve had MUCH more expensive lessons than that. I mean, I do have an ex-wife and 6 kids. And, being a true masochist, I also drive a Ford. My life has been plum full of expensive decisions.

This is a prime example where a package like Altium where you add step models to your library parts catches issues like this.

no dude, no. Where you look at the part and the datasheet and go, geez, 7.62, hmmm can’t see that written like anywhere hmm… That’s all !

even if they lie, no step model will help unless someone has had the baptism of fire and fixed the library

Shouldn’t you be out mowing the lawns or something equally domestic now you are a house husband instead of being helpful?