Ever heard about this KickStarter project ? (C#)

A development system which allows sensor I/O and Click boards™ to be effortlessly accessed with no programming required.

RE: “to be effortlessly accessed with no programming required”… That will be boring projects then

Learned about it today. Very nice

Can’t be bothered with Kickstarter any more. Too many products failed to deliver. The only one that did on time was from GHI with the Fez GAME-O

Meadow has been a complete let down. Months and months and still not able to debug. Two boards still sat on the shelf.

Kickstarter: Same here.
Meadow: Same here. So much hope … so much hype.
I think that there’s still a place in the world for AOT C# (ala llilum), but not another interpreter, and certainly not a half-baked one. And with JTAG debuggers being cheap, I don’t see why needing a dongle should be an obstacle to doing real native debugging based on AOT C#.

I will say they’ve (Virtuoso) got the same religion I have around low-code programming. They got the hype down - I hope they can pull it off. I unfortunately have had to shuffle priorities in favor of paying gigs for the last 18 mos, so my grand low-code visions for the hobbyist market had to wait. Follow the money.

My sediment exactly : Months and months and still not able to debug. Two board still sit on the shelf doing nothing. (collecting dust off) 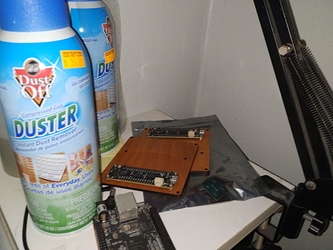