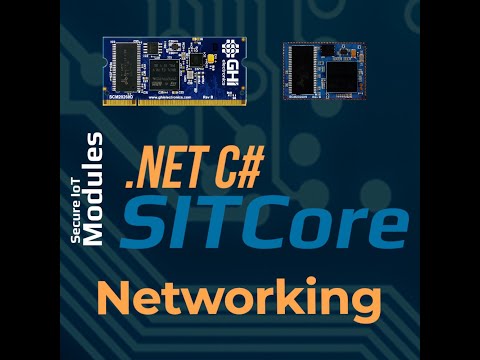 Networking support on SITCore is a subset of Microsoft’s .NET Framework networking stack.

The latest version of TLS is supported in TinyCLR OS providing industry-standard security.

SITCore Devices can also be programmed as the host to deliver content over networks.

The entire secure stack is made available over Wi-Fi, Ethernet, and Cellular networks.

This is just a highlight of the many included features designed to help you build small secure devices. SITCore increases productivity and shortens time to market.