My younger aspiring geek, age 10, took apart one of his Nerf guns yesterday, and was able to reassemble it successfully so that it remains fully functional.

Today, after he and his brother got some spray paint, he took the gun apart again, and then spray painted some of the parts with his own custom design. He re-assembled it and it looks quite good!

He did, however, learn the lesson that even when spray paint is dry to the touch, it may not be completely dry. The slide on the gun ended up stuck, so I had him take the gun apart again, to let the parts dry more thoroughly.

Very proud of his efforts though, and I have a feeling there’s more customization to come. I’ll post pics once he’s got it reassembled again.

Yes, I understand your proud father feelings. My boy, 11, disassembled his keyboard, cleaned it and put it back together and low and behold it types! (oh please let them grow up to be self sufficient good people)

Had to remind my son to put away my screwdrivers, but apart from that, he did the work quite neatly. Even started analyzing whether it might be possible to replace the main spring with something more powerful to get the gun to shoot farther.

It’s also a reminder that although it’s also fun to take stuff apart with them (we did a take apart day with an old bookshelf stereo system, for example), sometimes letting them do it on their own can inspire more creativity and confidence.

letting them do it on their own can inspire more creativity and confidence.
Good point.

It’s great to see those little cogs in the brain start turning our ideas.

And an engineer is born! Has he seen this video?

And an engineer is born!

Well, he’s been showing his engineer tendencies for years. Give him a cardboard box or two, copious amounts of tape, and a few marbles, and he’ll make some pretty cool marble runs, bowling alleys, etc.

Has he seen this video?

Not yet. But I’ll be sure to show it to him for inspiration for his next mod.

Which trying to imitate me on everything what i’m doing

and one day he got a screwdriver tried to fix door :).
When i see i laugh and gave him one big hug a take him out for ice cream

@valon_hoti_gmail_com A little engineer in the making. 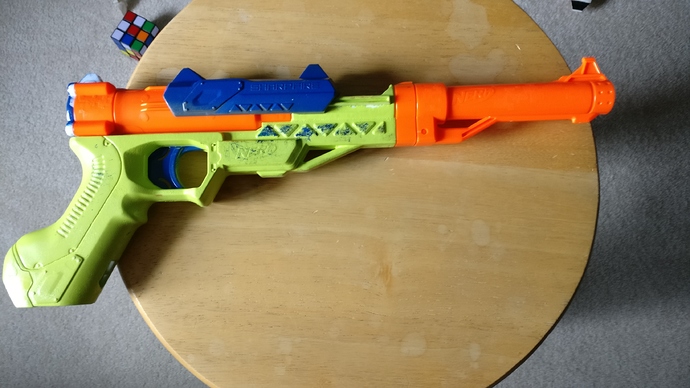 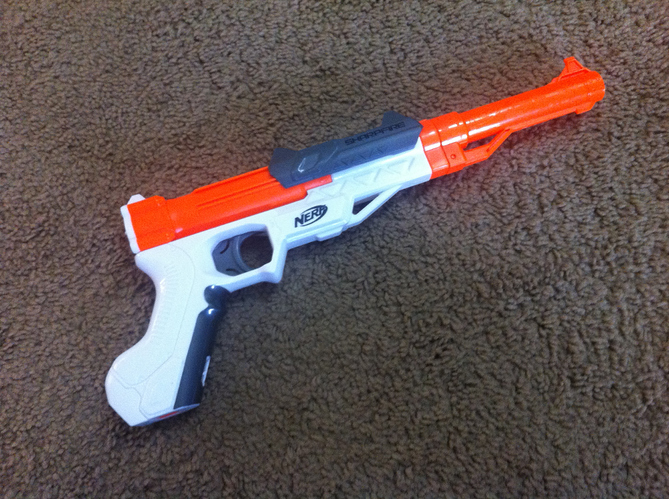 Not bad for his first attempt. He did learn the hard way that you have to be very careful painting areas where parts move. Adding a little coconut oil on the bearing surfaces of the slide helped fix that. But given that he’s disassembled and reassembled the gun at least 4-5x over the last couple of days, it’s very cool that it still works.

Small mistakes are large lessons that last a lifetime.
Good for him/her!

He can have a 3D printer AFTER dad gets one. Which may not be far off, considering how prices have dropped for models with auto-leveling and heated beds. Funny that I’ve got a whole workshop of tools that I didn’t really think twice about buying (table saw, band saw, drill press, etc.), but I’m hesitant to spend the money on a 3D printer, which I could probably use in dozens of ways once I have one.