Help me take a bite out of crime!

Okay, so a few weeks ago my nice sunglasses and my dash cam were stolen out of my car - while parked in my driveway during the dead at night.

I now have a few cameras that watch my driveway…but honestly, anyone who has half a brain could still hide their faces/normal clothing during the night and break in again if they were wiling - and my neighbor just had his own broken into a few nights ago…so the bad guys ‘ARE’ quite willing.(oh and if it rains, forget the cameras picking up anything useful!)

I’ve started a home automation/security system using some door sensors, but now I’d like to use something in my car. Price range? Anything under $300…requirements? Something to alert me that someone just opened my car door and can take a good picture of the bad guys even if they get away.

Any thoughts on what I should create? (pure .NET gadgeteer stuff preferred) Most questions you may ask will have a ‘it depends’ response from me…but feel free to ask - I’m trying to think out of the box but am coming up with a brain freeze. I can code it all myself…just was hoping someone may have a rough outline of where to start.

(and nothing is out of bounds…except maybe the anti-theft device from Robocop. But I salute all those who know what I’m talking about!)

Motion Sensor (or switch on door) + camera + bright led + WiFi to send to PC inside your house.

That said, they’re likely to make off your kit too

Super glue under your door handles.

an extension cord from house power powering your car chassis? Even better in the rain !

When someone breaks the window or opens the door, the sensors detect it and turn the leds on. At this moment the camera module takes a few pictures and saves it immediately on the SD card or in somewhere in the network.
I would install the controller somewhere behind the cockpit, so that its not possible to remove it qickly.
You could also think about a sirens that starts making noise immediately after pictures are taken.
Good look!

I know it’s not Gadgeteer, but my Synology NAS has camera monitoring software that comes free with the OS (1 Camera license) And I use a £40 wireless self illuminating IR pan/tilt camera which could be easily powered by a battery of some kind. It connects to the house via wifi and the Surveillance Station software can send emails with attached images as well as record video with an embedded watermark for evidence integrity (Which could be backed up to cloud storage)

There are apps for it for iOS and Android too. 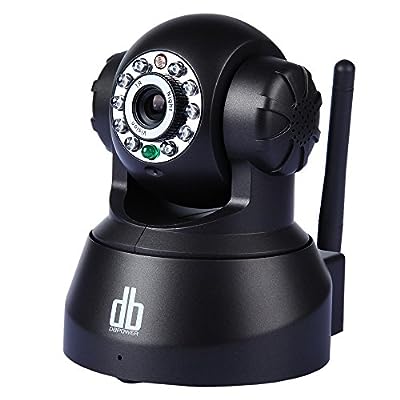 Thank you to everyone for the tips!! You guys rock.

I’m all for the LED idea…I’d love to put several right along my dashboard. What kind should I buy and what module should I use to control them? (perhaps get the FEZ LEDs and the FEZtive controler?)

Also, I’m liking the Wi-Fi idea. I’m concerned about power use. Is it possible to have all modules turned off, except for a distance module, and then when that triggers (which means someone just sat in the car!) it fires up everything else and turns on the LED, starts taking pictures and sends the pics to an external Wi-Fi destination. (FTP to a home server I have for example).

My overall plan right now is to setup a motion detector near the mid-console,pointed to the seats, which should get either seat (because the person got into my passenger side, not drivers). If motion is found, do all the stuff I mentioned earlier.

Can anyone see any glaring flaws? I figure I would power it via 4AA’s for now…unless someone has connected a Gadgeteer board to a car’s electronic system? (or any other ideas) This means I would have to arm it every night…which I can live with.

an extension cord from house power powering your car chassis? Even better in the rain !

Brett, I’m pretty sure you’re just joking, but I feel compelled to point out that given the craziness of many legal systems, doing anything like this might lead to liability for the property owner (no, I’m not a lawyer, and I’m not giving legal advise).

For that matter, I’d be reluctant to even use bright LEDs, lest some miscreant attempt to sue for “attempted blinding” or some such.

For all that this seems like a fairly cool excuse for a Gadgeteer project, I’d keep things simpler:

[ol]Install a standard car alarm. Cheap and reliable.
Never leave anything of value in your car.[/ol]

The latter, alas, is a lesson I’ve had to learn the hard way, having worked in downtown Washington, DC in my younger days, and having had my car broken into more than once.