Here is this Fridays build, 7 STM’s and a few other parts. 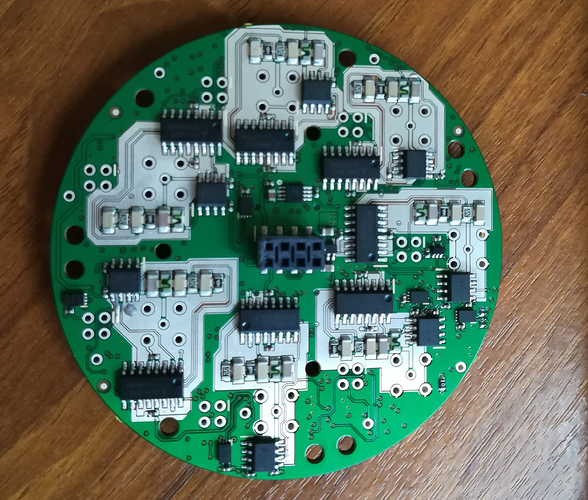 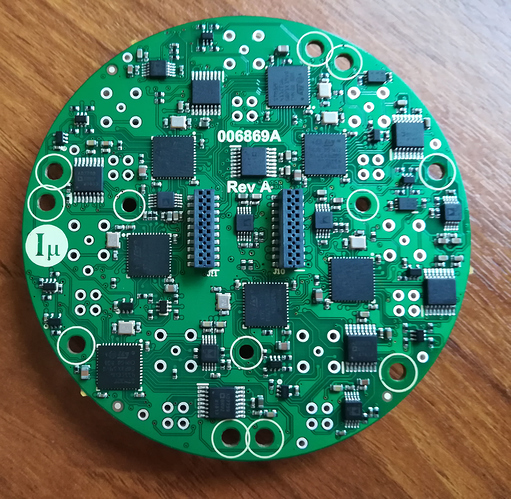 Because 6 wasn’t enough and 8 is over kill

Nobody asked what it was going to be used for?

So I will. What uses?

Looks like a lot of work and thought went into it.

It is 7 separate data acquisition systems that run simultaneously at 125Hz, and have a resolution around 1fA with a full scale of 160uA by autoranging the gain of the transimpediance amplifiers. Coms is at 460kbaud half duplex RS485 on circuitry not shown, but also built by Justin. Code is NETMF 4.4 (VB). Verrrry fancy circuit board layout by Justin to control leakage currents. Also present are 7 16bit DACs to control sensor gain. At least that is what it appears to be.

So to paraphrase for the none technical amongst us…

It’s a “Mythical Rainbow Unicorn Detector” or MRUD for short

@Justin very nice looking board. It was mentioned that you designed for low leakage current.

I’m curious if you might be interested in sharing a small piece on how you make this and maybe some other design choices and how they are accomplished in the layout?