I knew about this for some time but I couldn’t share the info! It is happening now http://beagleboard.org/unzipped/

I like the original too. Looking forward to get more details about the new one!

That’s a lot of power. Any ideas on the cost?

[quote]I knew about this for some time but I couldn’t share the info! It is happening now http://beagleboard.org/unzipped/

I’d like it allot better if you could run .netmf on it.

How do they make boards with HDMI cheap? I thought there were expensive royalties involved.

How do they make boards with HDMI cheap? I thought there were expensive royalties involved.

Only if you pay the royalties…

This is probably not a “Consumer Device” or some other loophole…

It is also very exepsive to get USB Certification before you can put the USB logo on your device. But if you don’t want/need the logo well…

Here are other suggestions for the penguin: 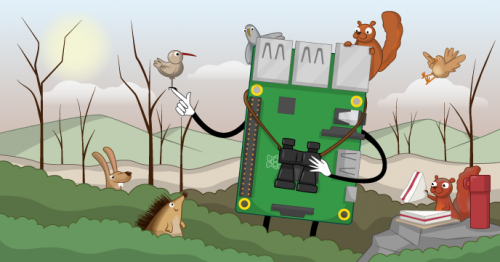 The Raspberry Pi is a tiny and affordable computer that you can use to learn programming through fun, practical projects. Join the global Raspberry Pi Community.

Now that is a board i like very much!

If i had the money, i would hire a handful coders with the sole purpose of porting .netmf. to new devices like this.
A guy would make a KILLING on selling ports.
With a board like cubieboard, and its cost , and a .netmf port a company would sit high on the hog.

A10 is a very nice chip … but with no datahseet it is pointless to anything but standard linux, no modifications and no porting

[quote]A10 is a very nice chip … but with no datahseet it is pointless to anything but standard linux, no modifications and no porting

I would have to say the data sheet has to be available, cubieboard people along with others made boards with it, not to mention the Linux guys make it work so they could not have done so without a data sheet. One just has to do some digging.

Huh, i have not checked out Olimex in a long time, they were stagnant for such a long time i gave up looking .
Man i wish someone with some coin would start a group of porters. I would easily buy a port to a board like these for $300-500.

I see it from a different point of view. NETMF on these boards runs so fast that you do not need JIT, can develop faster and possibilities become endless with NETMF.

[quote]NETMF doesn’t make much sense on a board like this, one that can EASILY run things like multithreaded GC and JIT compilation.

Out of curiosity, what are people trying to do with NETMF that they would want or need a board this much more powerful to accomplish?[/quote]

I look at it like this. When i first learned about .netmf i bought a board running at 72Mhz. Tried some things and said man this is just to slow for me.
Though it is true GHI has now come out with faster ones since then they are mainly mainboards with “sockets” all over them. Which does not particularly promote creating a device with it. Not many people if any are going to make a new gizmo and stick say a Hydra Mainboard on top of their own and a bunch of cables connecting it to theirs.
So that then brings us to the the G120, which is great size but does not have onboard Ethernet. and its cost is so close to these other boards mentioned here, yet with less than 1/2 of the features they have onboard. I would like to make note here i am NOT saying anything bad about GHI, just using them as a example. My honest feeling is if GHI was not around .netmf would not have a hope in the world of making it.

The one thing that makes me say .netmf is the future, is because it gives the engineer a way to use many different style uP’s without having to change your code much if any. If i could get a board like the cubieboard running .netmf then i would most likely never need another board again. I could keep re-using hadware designs i have made for it over and over again. Unlike currently, if i do a design with say a G120 (just to pick a device) today then a few months from now i do another design and run out of poop i have to find a new and faster board and learn all about that new one and its quirks.

Bottom line is if i have a board with all the features i want with a great cost such as the cubieboard, then i am good to go for many, many years from now.

My honest feeling is if GHI was not around .netmf would not have a hope in the world of making it.

I just think that NETMF was built for a platform that couldn’t run things like preemptive multithreading and JIT compilers, and those tradeoffs came at a high price, performance wise. If you’re talking about platforms where those constraints don’t apply anymore, there’s no reason to make the same tradeoffs. You can have the best of all worlds!

What we really ought to have is a NETMF port that runs on top of a preemptive and portable RTOS, something like FreeRTOS, ChibiOS, or something along those lines. Some of what the NETMF does would be covered by the RTOS, and we’d get easier porting and preemptive multithreading for “free”. Then, effort could be applied to implementing JIT or AOT compilation…

Sorry if it doesn’t run Gadgeteer, I’m not interested. I realize Gadgeteer can’t do everything, but its not meant to do everything which is why it does what it can better then anything else. If I want to get into something heavier then what Gadgeteer can handle then I move into Windows CE ( http://www.microsoft.com/windowsembedded/en-us/windows-embedded.aspx ). So my interest right now is Gadgeteer and I’ve been playing with Gadgeteer for just over a year now and there is still areas and possibilities I haven’t even begun to explore with Gadgeteer.

How many times have people responded to questions here that the current hardware couldn’t handle the task?

Object tracking and video processing are examples of this – .NETMF may not be the best tool for that task, but to have everything under one roof would be wonderful.

This may be a different discussion, but, imo, Spider is reaching the upper bounds of what is “reasonable” (understanding that different people have different definitions of this) pricing wise for a mainboard.

If a much faster board comes out and costs a good deal more (I understand the ambiguity of that statement), then people that were considering NETMF will start to looking at Arduino, Beagle, Raspberry, etc., even if there’s a language learning curve involved.

Let us not forget that NETMF is one of a suite of .NET frameworks for embedded systems, and It is targeted for the smallest devices.

With larger/faster devices a “bigger” version of .NET for embedded systems might be more appropriate.

Should GHI be considering offering another version of the framework such as Windows CE with super boards? Of course, WINCE raises issues of unit licensing and development environment expense.

I used Windows CE in the 90s, and it was as easy to use and as much fun as NETMF.

If I want to get into something heavier then what Gadgeteer can handle then I move into Windows CE ( http://www.microsoft.com/windowsembedded/en-us/windows-embedded.aspx ).

And pay royalties, no way.

I use a board by another company for years now. Its a great board with plenty of flash ram onboard Ethernet and runs at 250mhz.
I love the board, but the cost is >$70, which is what hurts. I use it with an RTOS, and it been a pleasure to work with all these years.

My trouble started when i learned about .netmf and started monkeying around with it. I was like man this is the cats meow!!!
The time saved in coding in C# for .netmf is insanely shorter than C/C++
Yet when i looked at the hardware that was out there to perform as my present board does i could not find it. If i did it was far more money.

So now when i see these boards listed in this thread and their cost, i am like gee if there was a port for these i .netmf would run fast enough to do what i want.

I seem to look at it from a different point of view than others. If .netmf is so easy to use, what is wrong with throwing it on a faster board. I can find no reason why not.

Experience has shown that hardware performance tends to go up, so I have no doubt that the existing Spider is going to be replaced by a faster board as will every other Gadgeteer main board, so performance isn’t as much of a concern as is the coverage of the modules and those have been doing pretty good, but more are always better when it comes to modules.

We have a problem of exposure, everyone who sees Gadgeteer agrees its pretty cool, but we need more exposure. I’m trying to arrange a tour where I can demo Gadgeteer to every high school in my city and perhaps some other cities nearby as well as some sessions at our local science center. The sessions need to be hands on as that is what drives home the Eureka moment of how cool Gadgeteer is, when they realize ‘they’ built it and now they can build other stuff just as easily.