Thanks Gus and Greg Norris for all you guys do to educate our kids ! ! !

We are still trying to figure out how these Arcade boards act with a cable connecting them. Here the boys play two games , neither of which is programmed for multiplayer nor jacdac. You can see that today the consoles show the game. Yesterday only the ‘receiving’ or slave console showed the game, the master did not show any game images. The boys at our Missouri library project (both being home-schooled) re-wrote the two games to suit themselves and sometimes the code worked as expected. Adding a second propeller to the helicopter in Helicopter Rescue works some times but not consistently. The point is that with non-multiplayer your students can see the game in blocks and change it up to suit themselves. Multiplayer does not show blocks as yet. Video: https://youtu.be/wZwz58cNB-s Both consoles are connected with a single stereo audio cable: male to male.(edited) 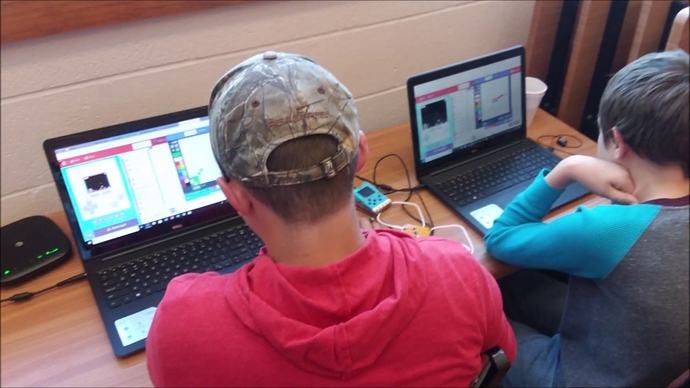 Thanks for the music @JohnPark .