Two years ago we announced our plans to build TinyCLR OS, our modern and managed OS for development on tiny IoT and embedded devices. It supports the world-class Microsoft Visual Studio to write, debug, and deploy C# and Visual Basic programs for embedded devices. Today we are proud to deliver the 1.0 release to you for use commercially on all of our System on Modules (SoMs). It is also available to be ported and used on your own system, free of charge. Now that the foundations are in place, we plan to quickly iterate and deliver even more features to make the development of your embedded project even faster and easier. Stay tuned for the first previews.

With today’s announcement, we invite you to take a look under the hood of TinyCLR OS. The TinyCLR OS core is a hardware-independent binary provided for several ARM processors. Through a well-designed interface, the core can be extended with peripheral libraries you need in your system. Our ports repo includes several examples. To build the firmware, we support the free GNU GCC compiler.

Developers using a pre-built firmware will also benefit from the portability of TinyCLR OS. Native interops can be built and dynamically loaded at runtime. This allows a C# application to load and invoke a compiled C++ library. For example, an application that needs fast CRC calculation can implement a native CRC method. This will give the application a boost in speed without the complexity of rebuilding the entire firmware. These native interops can also be provided by a third party. Take a look at this discussion on the power of interops. But what if a native driver needs to access another, like a peripheral driver? This is where things get even better! All native drivers are exposed though a well-defined interface allowing them to interact. A native display driver can use SPI bus directly to quickly refresh the display.

Not sure where to get started? Grab a $10 FEZ or use one of the many supported devices

The libraries, extension, and firmwares are all uploaded to their online sources so you can update your firmware using TinyCLR Config, update your packages using the NuGet package manager with the NuGet.org source, and update the VSIX from the extensions area of Visual Studio. To get going, take a look at the Getting Started guide.

Happy new year everyone. We are very excited to have completed all boring foundation work and can finally give you some exciting releases in 2019.

What a great achievement ! Happy new year to all the staff.

delivered on time as promised. thankd to the Ghi team to gives us TinyCLR and my best wishes for 2019

Thanks to all for the effort. Now take a couple days off!!!

Countdown start and Happy New Year to Everyone
(for all people around forums and the world). 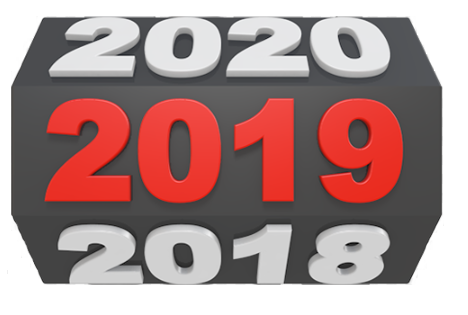 Wish all the best on your life for you and your families too,
Let TinyCLR Os rule the (world of) boards.

Happy new year to you and everyone around here as well.

happy new year to the GHI team and all forum mmbers. all the best for 2019

Thank you GHI for the various release over 2018 and 1.0 - I have been finally been able to write some TinyClr code over the holidays and am enjoying it very much.

We have a new Green Field project that is just in the Interested & Quote stage which I feel TinyOS could be well suited to. Basically a remote data logger.
I think its time to give this ago after so many years of following!
Main requirements are multi channel AtoD (low freq samples, approx 6-8 channels, can be mulitplexed within 1-4 seconds so not high bandwidth) and some not to complex local data processing, then send emails, web API calls back on status once every 24 hours or so via satellite comms.
Id like to use TCLR and GHI boards to do it.
I’ll have to start doing some research to get up to speed again and look at some Dev boards for prototyping till we are at the stage to spec it out more…
In Australia do we buy direct still or though a distro for dev boards ?

In Australia do we buy direct still or though a distro for dev boards ?

Mouser / Digikey for sure mate - and where abouts are you based? (I’m in Sydney)